1. Always remember: Cash is king. Cash crunches happen from time to time, but if they are chronic at your company, then you may have to re-think the way you do business. Though cash-flow squeezes often seem mystifying, there are only a few explanations: Your gross margins may be too low, caused by discounted prices or out-of-control direct costs. Your overhead, including rent and payroll, may be too high. Your payment terms may be too liberal or your billing procedures too slack. You may be tying too much money up in accounts receivable or you have too much debt from nonpaying customers. Finally, it is also possible that you are holding too much inventory. If you feel tight on cash, investigate each of these possibilities and figure out which one is causing the biggest drain on your bank account. 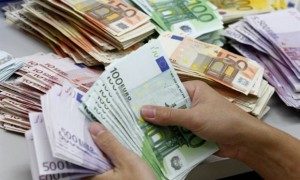 2. Cash may be king, but it’s not everything. A business, and the person who owns it, can have a material impact on the world well beyond the dollars attached to it. So, money aside, it’s important to have a mission, and stick to it. Example: One of the most satisfied and respected business owners we’ve met in a long time is Tim O’Reilly, the founder of O’Reilly Media, a company that publishes magazines and books and hosts events. “My original business model””I actually wrote this down””was ‘interesting work for interesting people,'” O’Reilly told Inc. The company he built is today one of the most forward-looking businesses in Silicon Valley; it delivers on that initial promise, and has managed to thrive despite industry forces that have often been unfavourable.

3. Systems can be humane. Nick Sarillo of Nick’s Pizza & Pub in suburban Chicago has built his company’s culture by using a form of management that we dubbed “trust and track.” The system defines the basic tasks of the business down to the letter, then trusts workers to consult lists of directions in order to complete these tasks. Sequences are mapped out, but particular duties are not assigned. Workers are expected to take initiative. “Managers trained in command and control think it’s their responsibility to tell people what to do,” Sarillo says. “They like having that power. It gives them their sense of self-worth. But when you manage that way, people see it, and they start waiting for you to tell them what to do. You wind up with too much on your plate, and things fall through the cracks. It’s not efficient or effective.

4. Character is key when hiring new employees. “In many companies, the person who talks the best usually gets the job,” observes Whole Foods CEO John Mackey. But his view of the skills to look for in a job candidate, especially for a leadership position, has evolved over the years as he has seen confident, fluent employees fall short on the merits of their work. Now, he looks for character over communications skills, and tries to promote from within as much as possible. “I look for somebody who has classic virtues such as integrity, honesty, courage, love, and wisdom,” Mackey told Inc. in 2009. “I think for leadership positions, emotional intelligence is more important than cognitive intelligence.”

5. Culture matters. Zappos CEO Tony Hsieh built his company into an exemplar of great service by first figuring out what he needed to do to treat his employees well. The answer? Plenty of individuality and autonomy, a pride in human weirdness, cheers and off-hours fraternising, and figuring out how to weed out half-hearted employees before they bring everybody else down. It’s worth noting that Zappos does not pay high wages and the work itself, in a call centre and a fulfilment warehouse, is not especially glamorous. Still, by focusing on his company’ s culture, and how it creates a positive atmosphere, Hsieh has built a billion-dollar business.

6. To grow, you must first learn to delegate and to trust. For a business to grow and be healthy, the founder has to trust his or her managers, the managers have to trust their staff members, and so on. Tom Colicchio of the Craft Restaurant Group in New York City has learned this lesson as his business has expanded to include multiple restaurants and a chain of upscale cafés. “In order to open up multiple locations as a chef or a baker, you have to check your ego at the door,” he told Inc. in 2008. “You have to rely on the fact that you can train someone, and that he or she will put his or her heart and soul into the business as much as you would. If you don’t have that trust, it won’t work.”

7. Plan for rainy days. Jack Stack is a paranoid fellow. The chairman of SRC Holdings, a Springfield, Missouri, business with manufacturing and other interests, puts his managers through a rigorous exercise each year of planning for contingencies that include recession, credit crunches, and various catastrophes. As a result, when the financial crisis struck, the company was able to navigate through the uncertain period relatively unscathed. Stack’s advice to today’s entrepreneurs is to always have a Plan B, in part to ensure your survival and in part to spur innovative and creative thinking at your company. “Our values drove our paranoia. Our paranoia drove our contingency planning. And our contingency planning drove our diversification,” he told Inc. in 2009. “We knew the more we diversified, the safer we would be.”

8. Working with partners is easier said than done. A strategic or joint-venture partner can help your company enter new lines of business, and expand at a more rapid clip than you could otherwise. But partnerships are tricky to manage. Make sure you research the reputations of potential partners with care, establish both the big-picture objective of a deal as well as the nitty-

gritty who knows what, identify your champion within the other organization, and put in writing a mechanism for ending the partnership amicably.

9. Customer service is not a department. It’s a way of life. At the travel website Kayak.com, co-founder Paul English forces engineers to answer customer service calls on a regular basis. “If you make the engineers answer e-mails and phone calls from the customers, the second or third time they get the same question, they’ll actually stop what they’re doing and fix the code,” he told Inc. “Then we don’t have those questions anymore.” less

10. The best salespeople thrive on rejection. G. Clotaire Rapaille, a psychoanalyst and ethnographer who lives in Florida, has studied salespeople and finds that the best are those who are somewhat thrilled by rejection. He calls them happy losers. “What we find with good salespeople is that that first no stimulated them,” he told Inc. “It didn’t make them want to give up. It made them want to find another way.” Among the other virtues of happy losers: They try more techniques, they improvise, they take chances””and they don’t believe a sale closes with a yes. They always look to up-sell, and only stop selling when the customer tells them to stop.

11. Knowing how to control clients is an art. “I think one of the greatest gifts for me professionally and for my clients was to learn the word no,” publicist and event planner Kelly Cutrone told Inc. in 2010. “Learn the word no and then really have the energy and the experience and the knowledge to sit your client down and tell them not to do something. You have to be like a good trekker going through Nepal. You want somebody who’s gone to the top of that mountain and who’s going to say ‘Don’t drink all your water because you’re not going to have any here and, around this corner, you might find a man-eating lion.'”

12. Failures are good for you. Donna Fenn, a veteran Inc. editor and the author of Upstarts, writes that the most successful entrepreneurs are interested in the creative process of growing companies””complete with failures, setbacks, and missteps””rather than the goal of getting rich. “While you most certainly start a business with a big goal in mind, the true value of the entrepreneurial experience comes from what you do every day to achieve that goal,” she wrote in a memorable blog post. “It’s that laser focus on the process – not obsession with the end goal – that ultimately leads to success. Great entrepreneurs understand this intuitively.”

13. You need to leave yourself time to dream. An entrepreneur is, by definition, a creative person. But as your company grows, you are likely to get dragged away from the most innovative, idea-driven parts of your business. Don’t let that happen””at least, not without a fight. Build time into each day to think about your company’s vision, to brainstorm new products, to read for pleasure, or simply to muse about things that might not matter much. “Staying creative is among the healthiest things a CEO can do personally and for the company,” Inc. contributor Alison Stein Wellner wrote in 2007. “Billie G. Blair, an organisational psychologist and owner of Leading and Learning, a consultancy in Los Angeles, observes that idea generation may be the CEO’s strongest suit, and consequently a company’s greatest asset.” Make sure you aren’t under utilising that asset””yourself, that is.

14. Keeping good records is also easier said than done. Sometimes the most trivial-seeming matters can really trip you up. For example, many small businesses rely on contingent labor. Though the practice is economical and affords flexibility, it can lead to tax and legal problems if human resources requirements are not managed carefully. In most instances, it is wise to execute a written contract with each independent contractor you use. The document should spell out that he or she is a contractor, and outline the work that will be completed by him or her””but it should not get into how that work will be completed.

15. To engage workers, let them call (some of) the shots. Tasty Catering in Elk Grove Village, Illinois, is run by two councils that make major company decisions. One of the $5.3 million company’s three owners sits on each council, as do two employees selected at random to serve. The councils have reshaped the business, changing the benefits package, reconfiguring the org chart, and coming up with a set of steps to respond to the recession. Not every decision goes through the councils””managers reserve the right to promote workers, for example””but the result is a company where worker engagement is palpable and financial performance is steady.